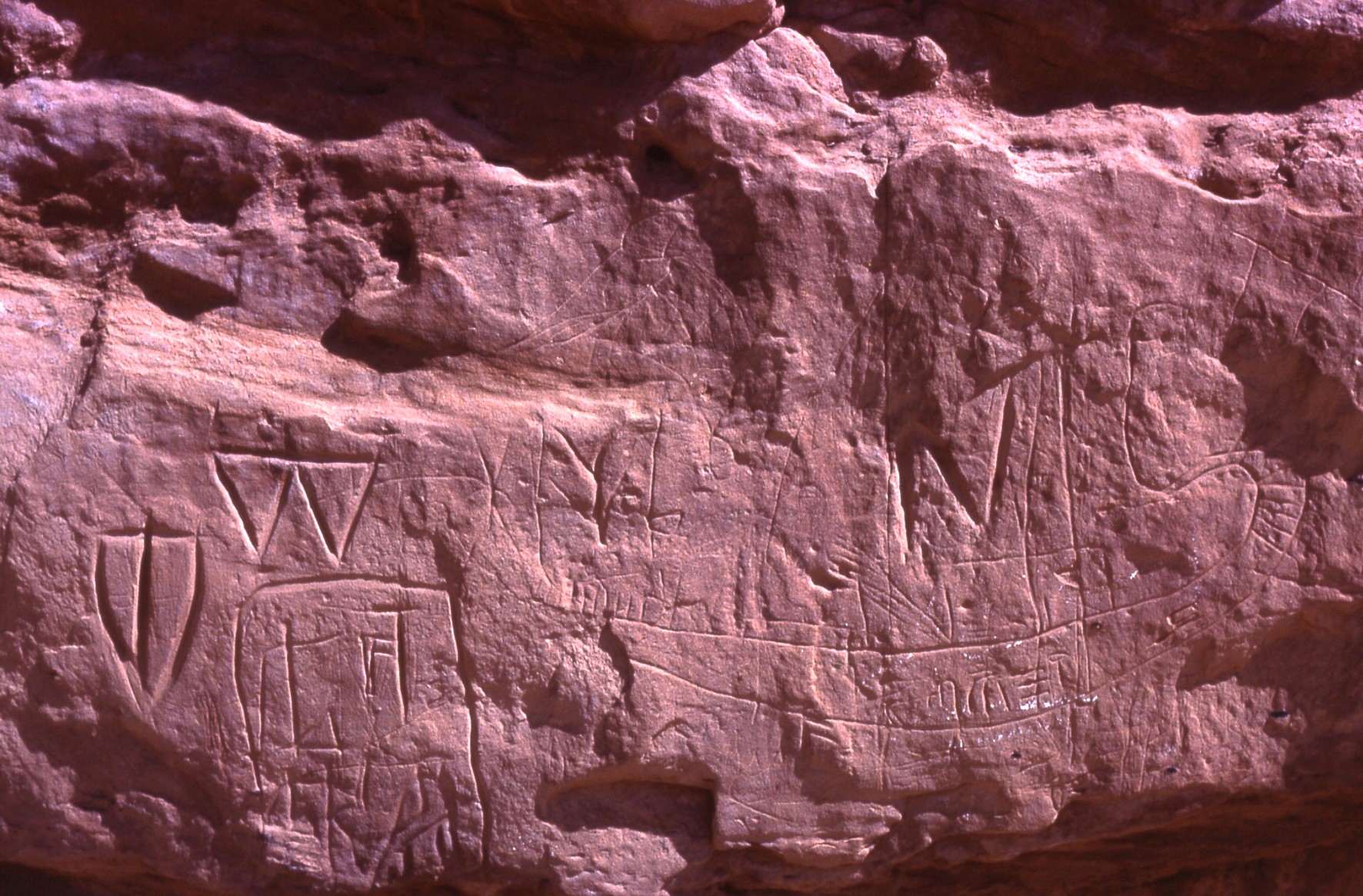 It is my desire through the publication of this brief article, to raise awareness of an irreplaceable piece of mans heritage, in imminent danger of obliteration. The rock inscriptions are in urgent need of thorough scientific investigation, before being lost forever.

As modern industry steadily encroaches on many archaeological sites, one of those currently threatened is Burg el Hamam ‘Pigeon Rock’. 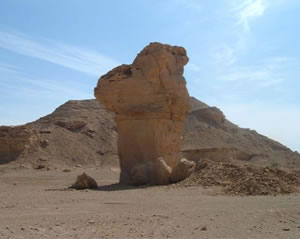 This ancient inselberg of cretaceous Nubian sandstone located close to the southern edge of Wadi Hilal near El Kab is covered with petroglyphs dating from the Predynastic period to the New Kingdom; its proximity to a busy tarmac road is increasing their obvious vulnerability to modern vandalism (Fig.1).

As recently as 1982-1983, the site was the focus of a campaign by Dr Dirk Huyge of the Belgium Archaeological Mission to El Kab to survey and record the ancient rock art, since when the site has been the subject of increasing amounts of graffiti, some in chalk others in more permanent forms.

During my most recent visit to the site to photograph and record the petroglyphs in February 2006, two Proto/Early Dynastic period serekhs were discovered beneath a later New Kingdom inscription. Unfortunately these are well within reach of any passer by who may feel inclined to leave their mark, as the recent vandalism testifies only too well.