Back
The WWII cemetery at Souda Bay.
If time allows when visiting Western Crete a visit to the World War II cemetery at Souda Bay is highly recommended. If you have an interest in WWII its a must. A serenely beautiful place enclosed by mountains famed as one of the best natural harbours in the Mediterranean Sea. Its now hard to believe the carnage on these tranquil waters caused by the Luftwaffe who mercilessly bombarded Allied shipping caught in daylight at the Battle of Crete in May 1941. 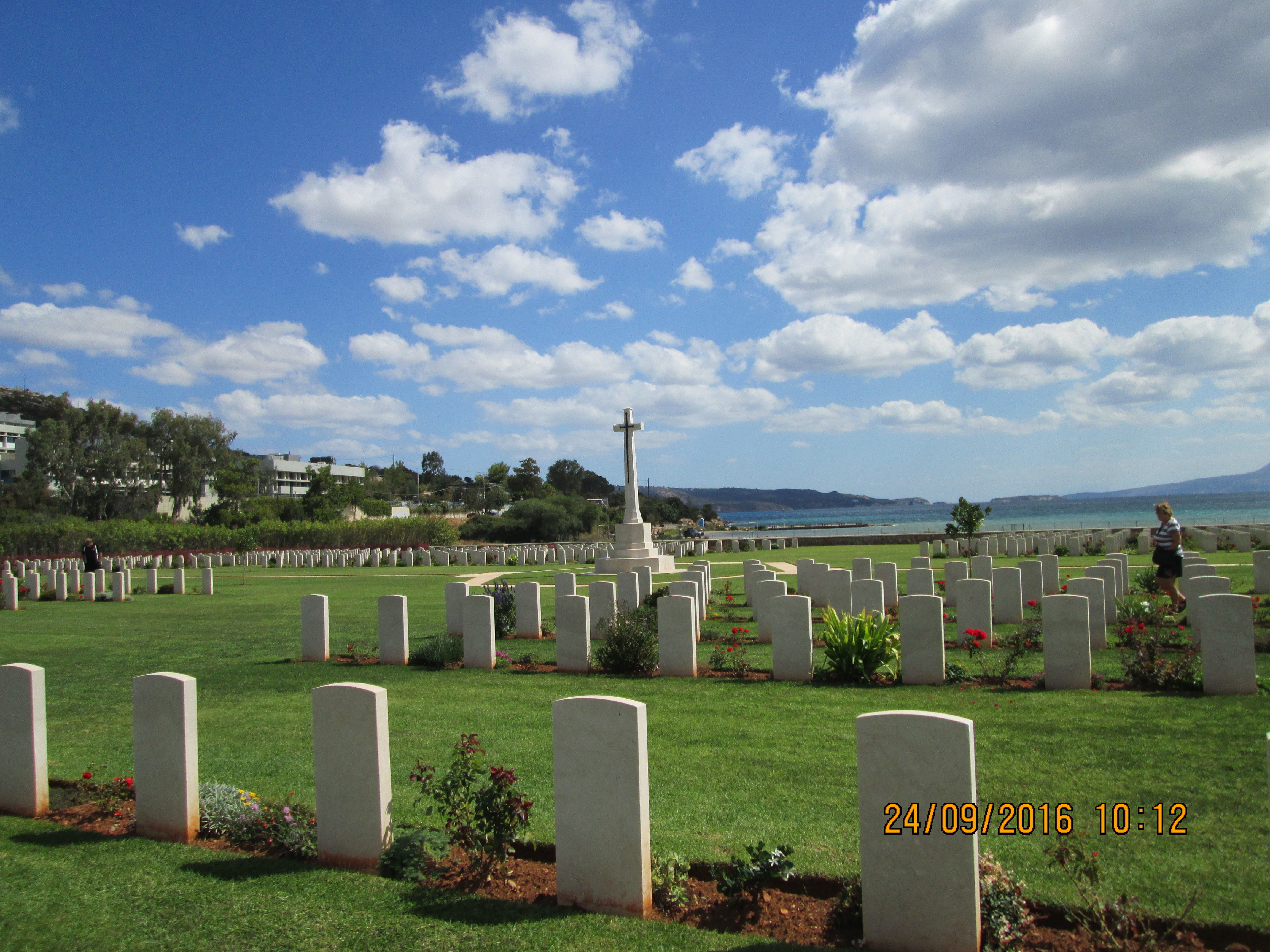 Today the feeling of peace and warmth is all encompassing the lines of headstones many with no name face East to greet the rising sun the bays waters rippling up to the shore. The complete opposite of those manic days when many lost there lives when the skies were polluted with burning oil from crippled ships. The screaming of the Junkers Ju87B (Stuka dive bombers) unleashing there deadly cargo, fires burning out of control abandoned military vehicles the full horror of war.  You are struck with a greater appreciation of the sacrifices others made over 70 years ago. So many young men taken in the bloom of their lives a silence pervades, profound respect for the dead. 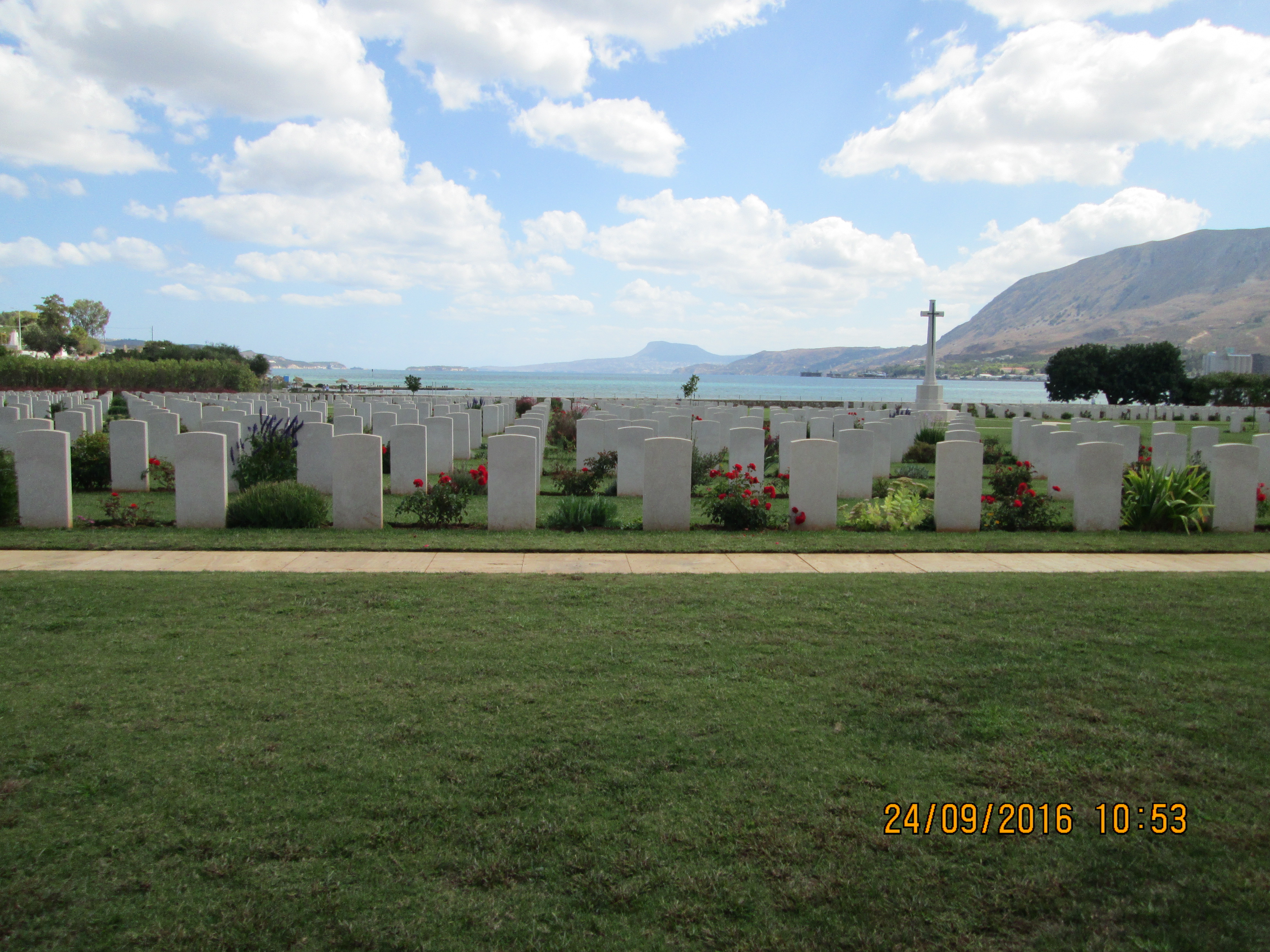 My first visit to Souda Bay War Cemetery in September 2012 was to seek out JDS Pendlebury a British archeologist who before the war excavated at Tel el Amarna in Middle Egypt, more appropriately was curator at Knossos at the Palace of Minos. His time in Crete before the war would be spent walking 1000's of miles on shepherds tracks climbing every peak seeking out not only ancient sites but caves, springs and possible ambush sites. Getting to know the Cretan mountain folk as if they were his own blood. He was universally liked by the remote villagers mainly because he integrated seamlessly and could converse in many of the local dialects. A true man of the people was Penterby-Pentebury-Perentevvy they could never quiet get a handle on his name. As WWII approached Pendlebury's unique knowledge would be invaluable. Crete was viewed as a target for the Axis forces of strategic importance for the North Africa campaign so needed to be defended at all costs.Pendlebury was the ideal man on the spot to organize resistance if or when needed.

When the German paratroopers came as they did in there 1000's in May 1941, Pendlebury sword stick glass eye and all was ready to fight alongside his Cretan brothers however fate would play its hand. He was wounded in the chest whilst in action against paratroopers near Heraklion and taken to a cottage of a fellow Andarte where he was tended by a German doctor who cleaned and bandaged his wounds. Alas the following day the German paratroopers who overran the area arrived saw he was wearing Cretan civilian clothes with no identification, they asked a number of questions to which JDSP answered no. He was perceived to be an enemy so was promptly taken outside stood up against a wall and shot the day was May 22nd 1941. 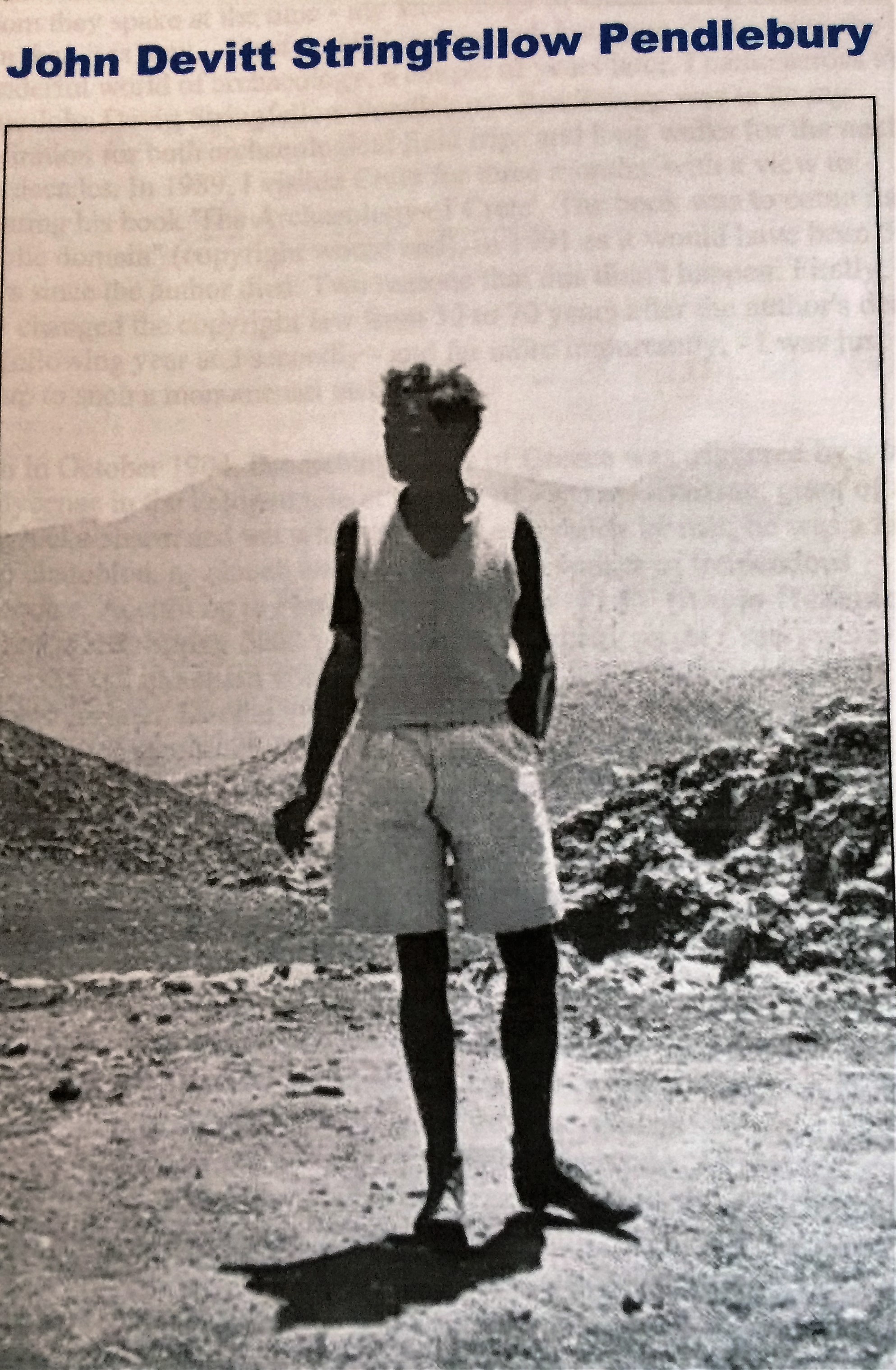 Volumes have been written about JDS Pendlebury he enjoys as Paddy Leigh Fermor says "Mythical Status" in Crete even today his burial is revered many visit his last resting place each year. Some leaving momentos in 2015 a Cretan knife was thrust into the ground next to his headstone, this year 2016 a British poppy was affixed. Who knows the future?

"He Has Outsoared The Shadow Of Our Night"
by Percy Bysshe Shelley. 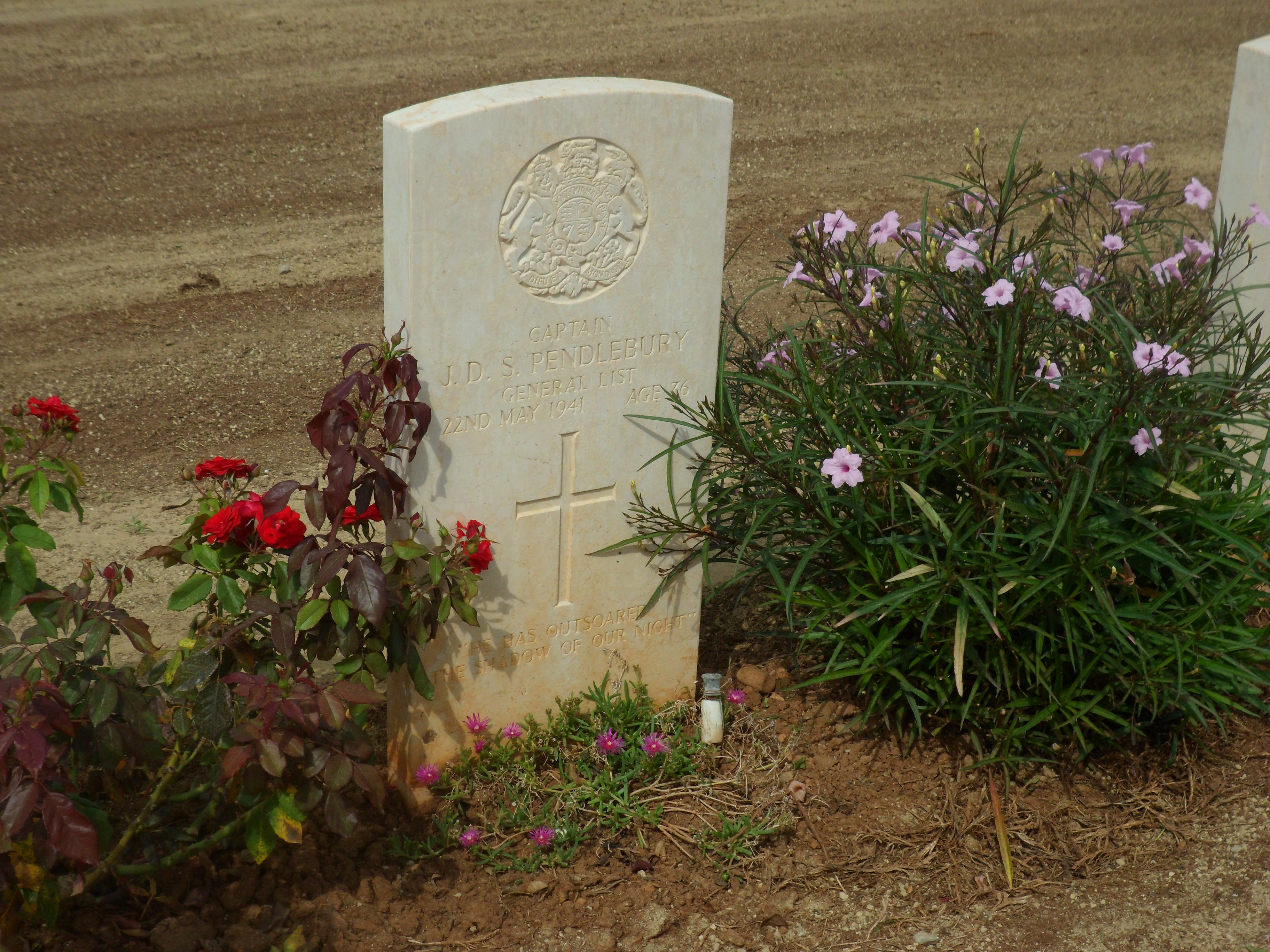 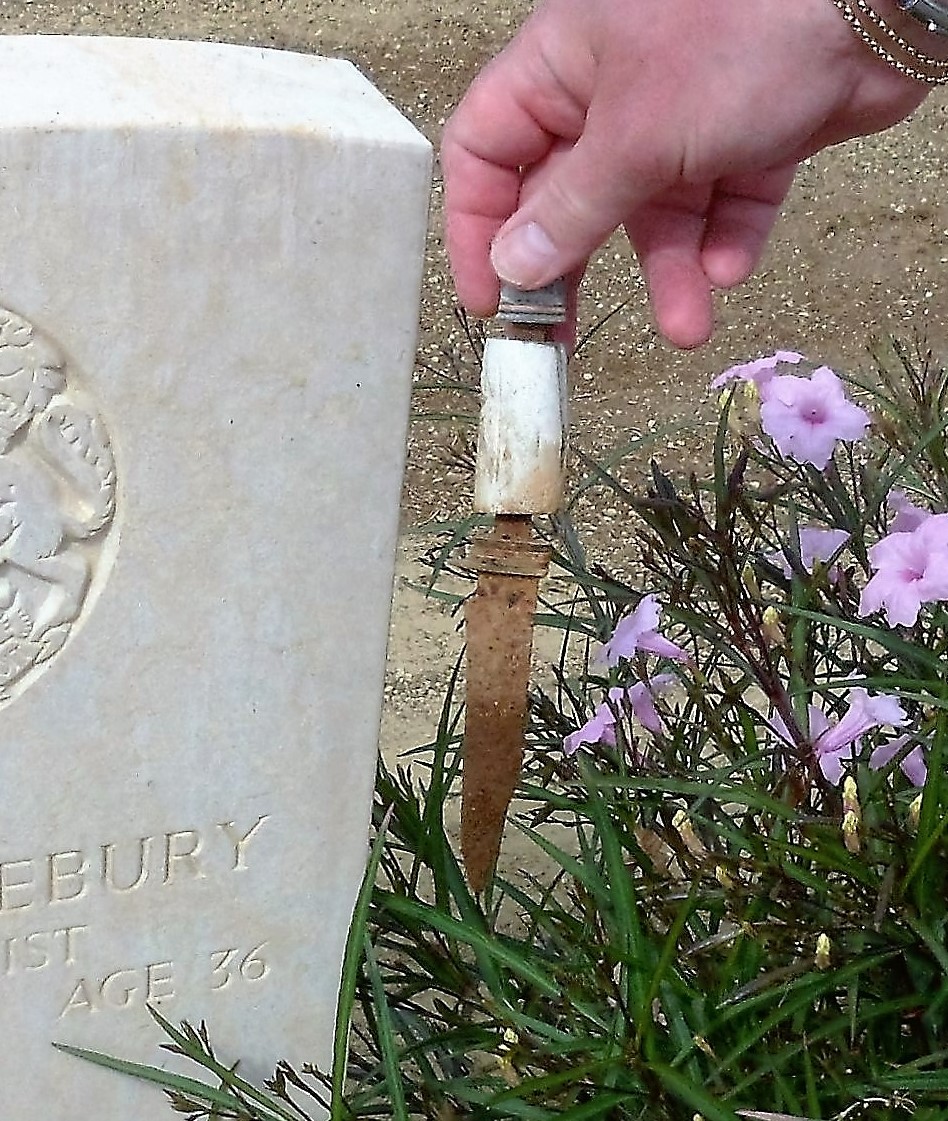 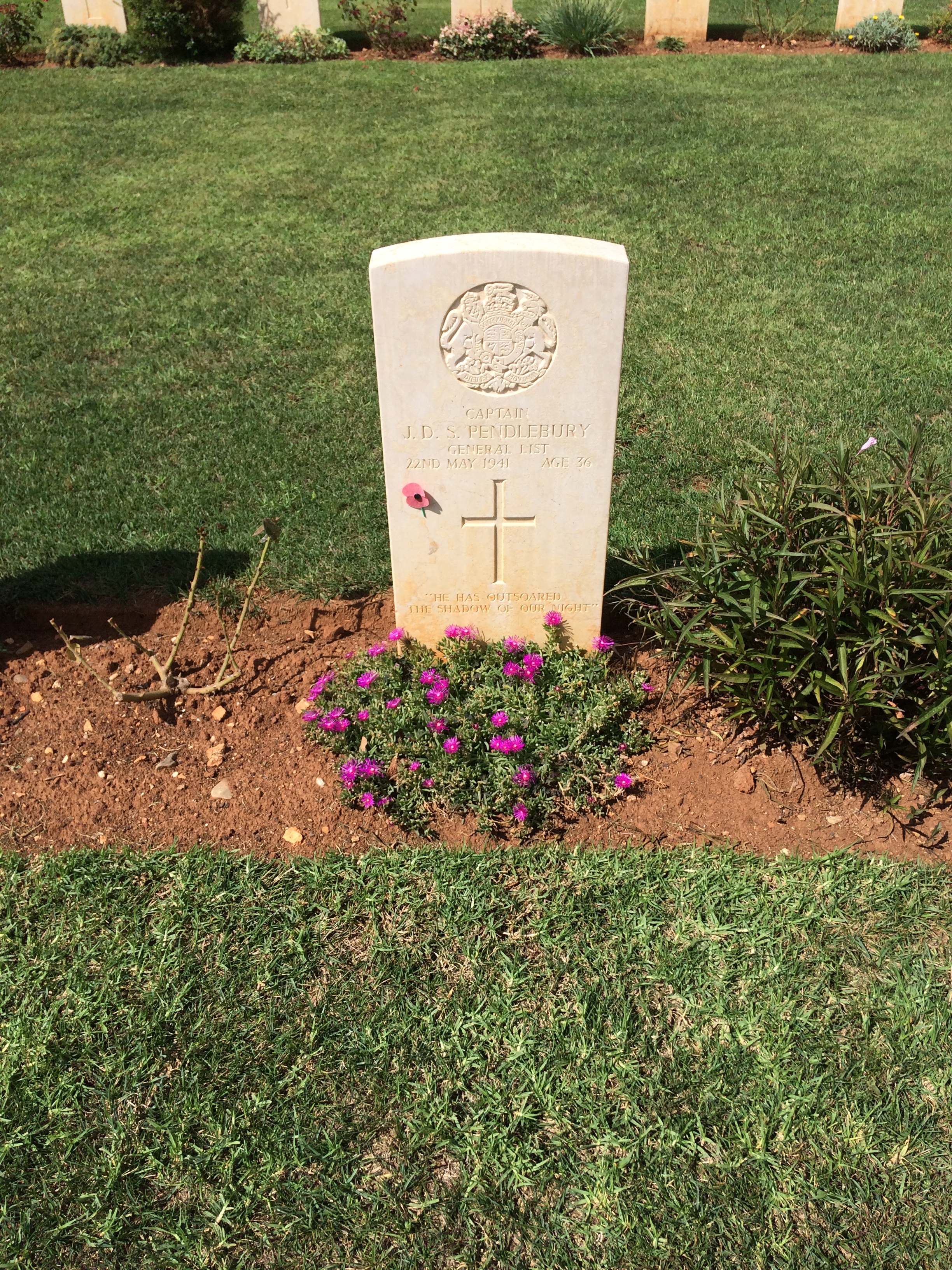 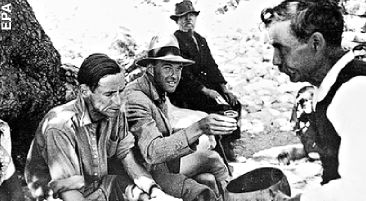 Perkins the legendary "Vasili" special agent of "SOE" known to the Andartes as "The Lion of Crete" for his heroic leadership in the Selino guerilla band. The band that he had given discipline and trained into a formidable group in the mountains of South West Crete. His men were devoted to him for his bravery and the way in which he shared all their hardships in the chilling winters on the move to keep one step ahead of the Germans and informers. 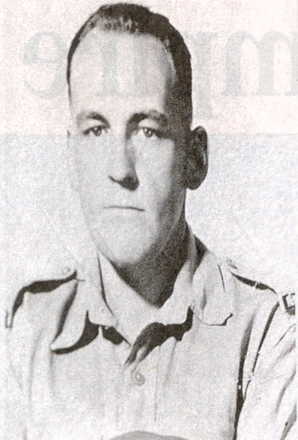 Sergeant Perkins along with his guide Andreas Vandoulas were ambushed by a German patrol in February 1944 above the village of Lakkoi they were both killed, his men wept when they heard the terrible news. It was believed in some quarters that they had been betrayed to the Germans by an informer although this claim was never substantiated. He was the first SOE operative killed in Crete his headstone states he died 25th February 1944 the Cretans who fought with him maintain the ambush took place on the 28th February 1944. Buried locally the graves were tended by his Cretan friends until his body was removed to the Commonwealth War Cemetery at Souda Bay. A plaque was erected on the road near Stefanoporo in 1971. 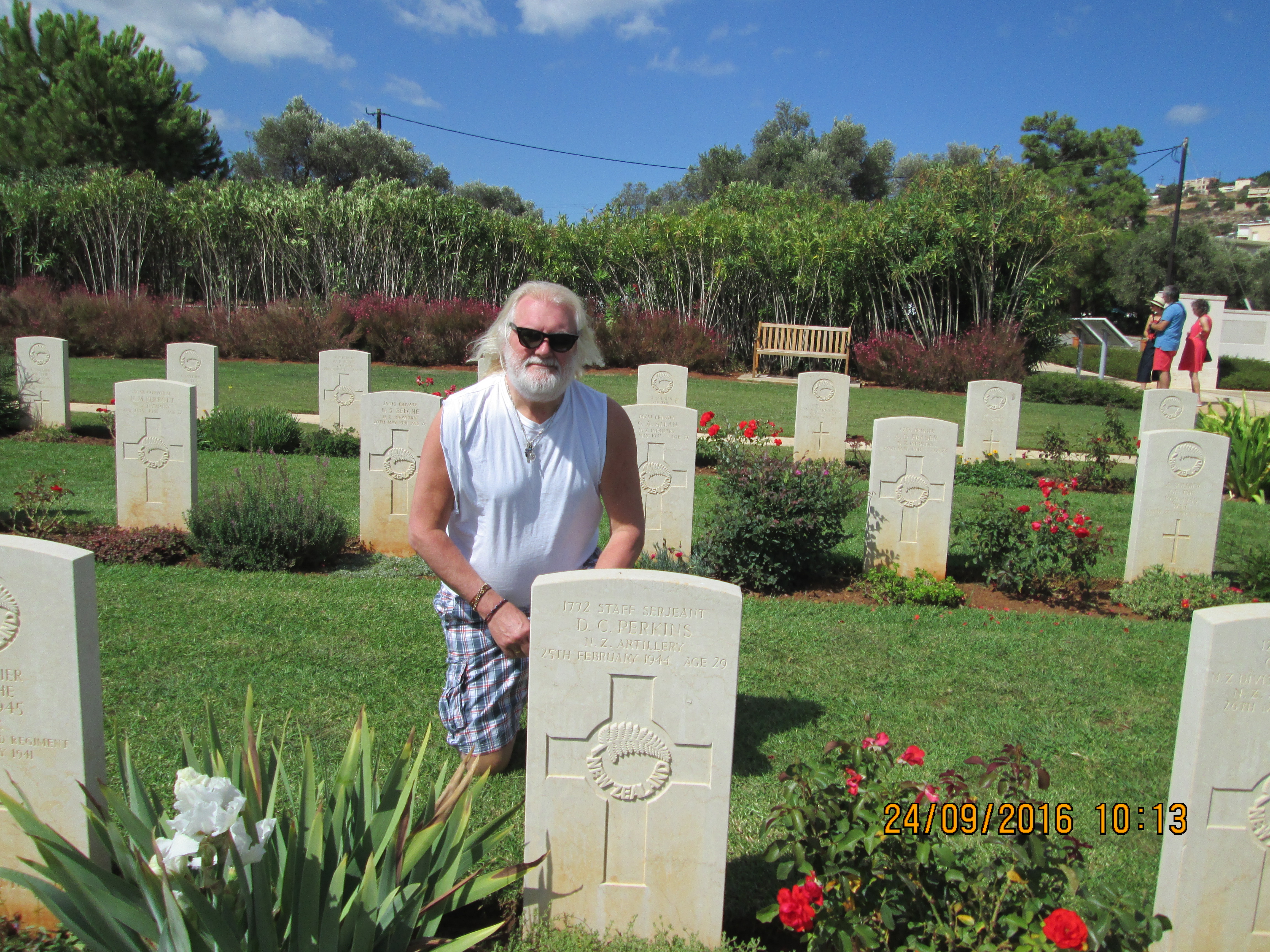 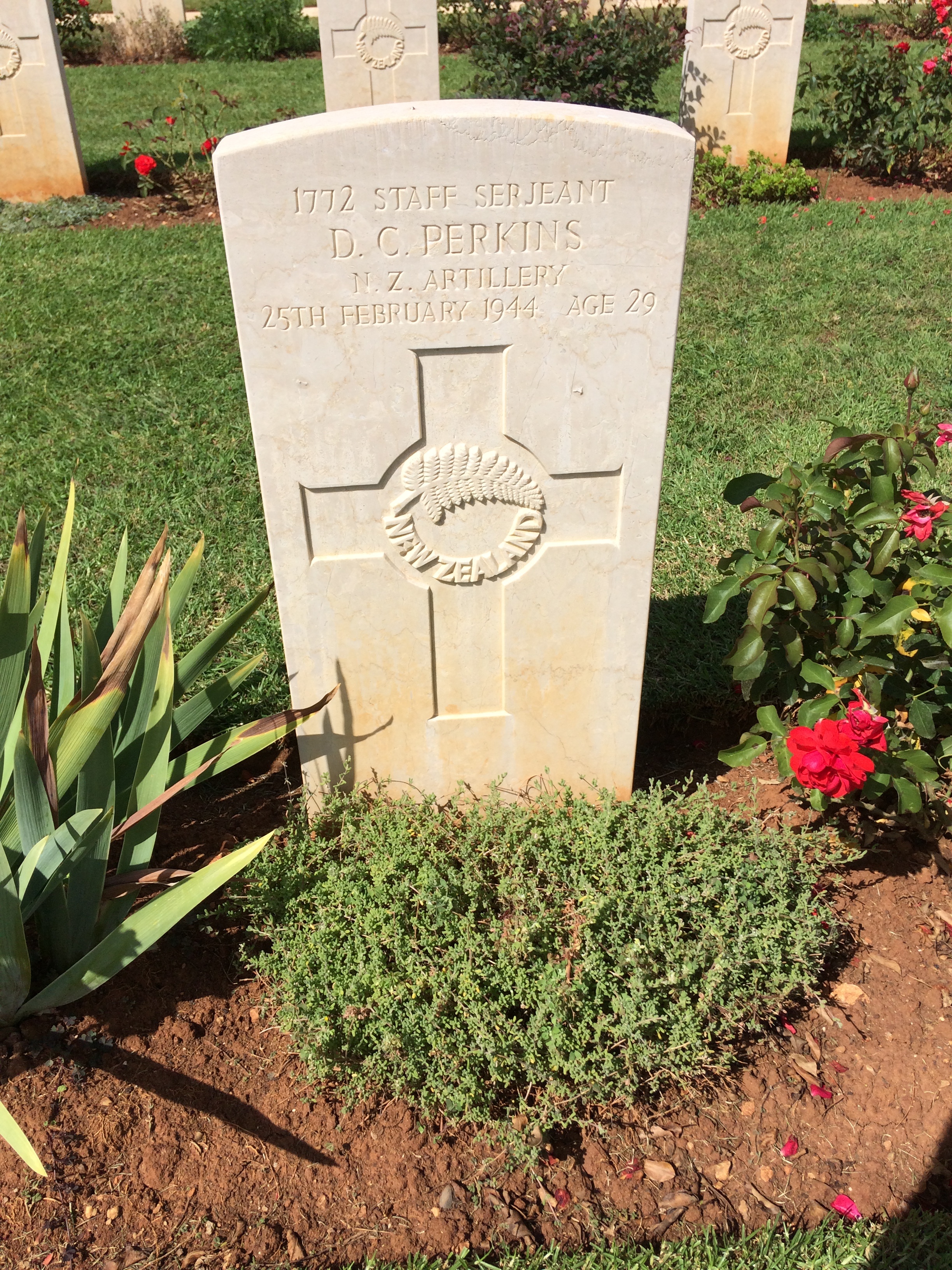 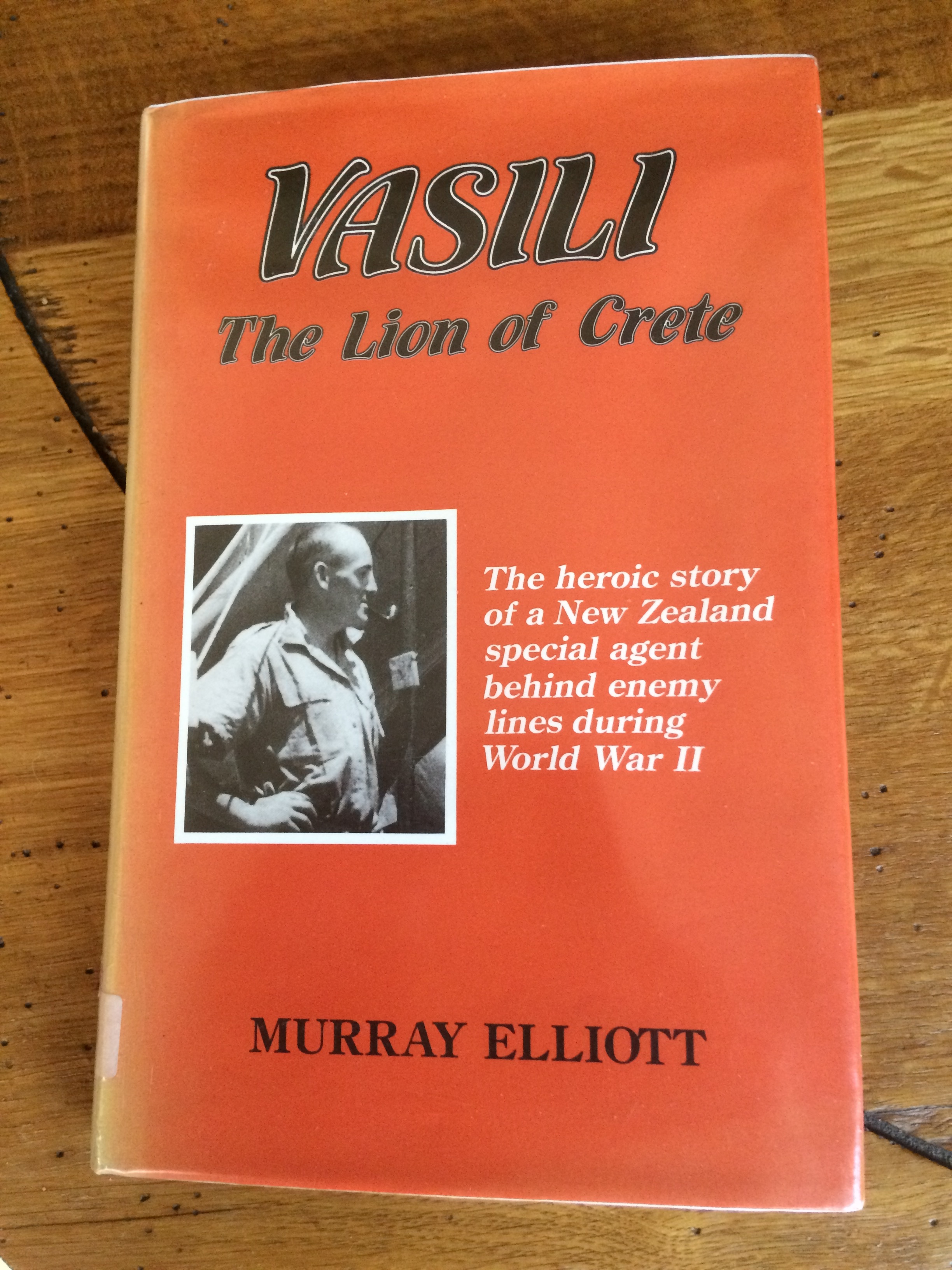 Lamonby of the Suffolk Regiment was seconded as a member of the SBS Special Boat Service for a mission to Crete to cause as much damage as possible to Heraklion airfield along with any Axis aircraft in situ. On arrival at their objective the Cretan guide supplied by the SOE advised the priority for the airfield had changed due to heavy bombing by the RAF. A fuel depot at Peza was selected as the new target, the mission was a success the SBS party leaving a Union Jack so the Germans would have nodoubt who had perpetrated the raid. They left the area for the 30 mile hike across the island to the re-embarkation point. Arriving safely in the cave above the beach they ate a meal of porridge cheese and drank sweet tea. Unfortunately on the day of departure they were spotted by a German patrol near the beach Lamonby and Ioannes Ephtaminites were missing when the Motor Launch was due to leave. The SBS made a sweep of the area looking for the injured men or their bodies nothing was found they concluded that the German patrol had captured them and taken them for interrogation. Paddy Leigh Fermor confirmed a few weeks later Lamonby was dead. 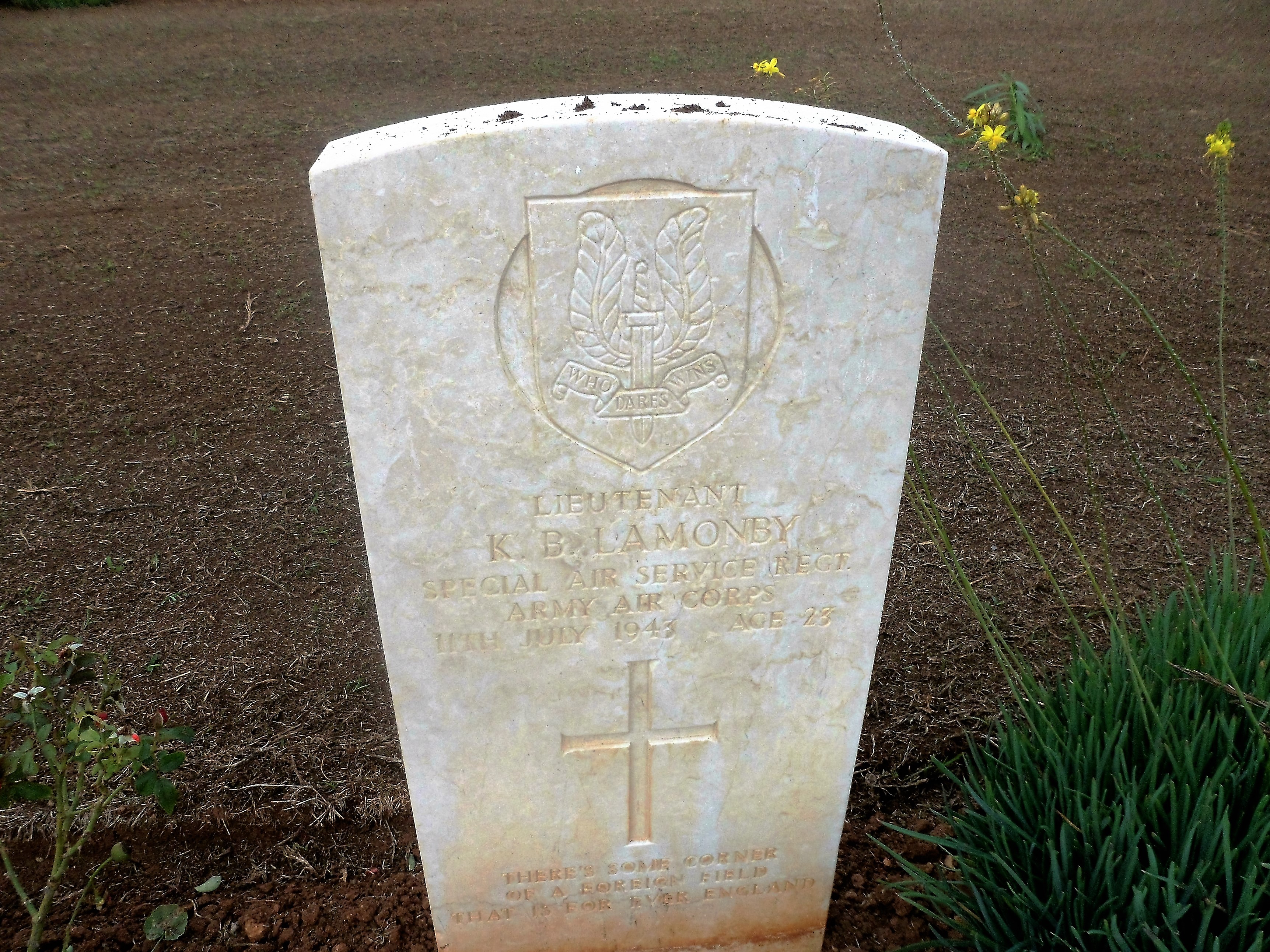 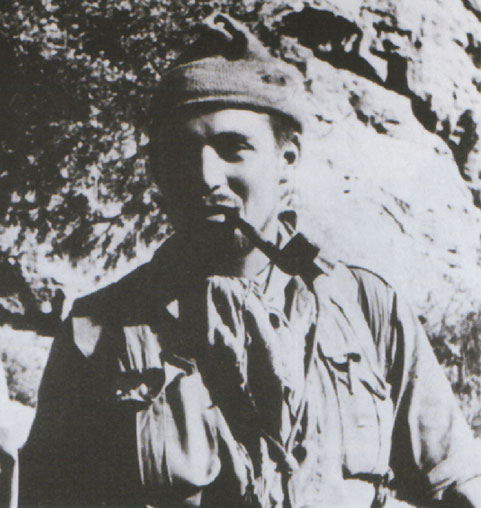 "There's Some Corner of a Foreign Field That Is For Ever England"
by Rupert Brooke.

"WHO DARES WINS"
No comments posted...